Everything You Need to Know About Sleep Apnoea 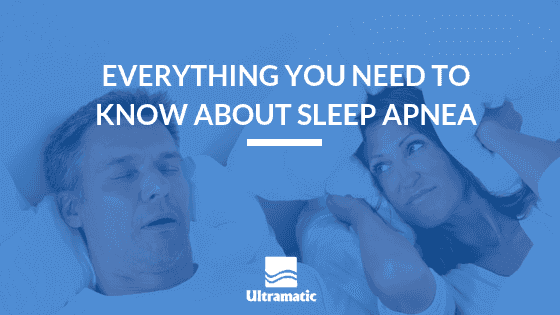 Sleep apnea (Sleep apnoea) is a common but serious sleep disorder where your breathing is interrupted when you are asleep. If you have sleep apnea, you are not aware of these short breathing pauses that occur hundreds of times a night, jolting you out of your natural sleep rhythm. All you know is that you do not feel productive during the day as you should do.

What is Sleep Apnea?

Sleep apnea (Sleep apnoea) is a potentially dangerous condition that can cause shallow breaths, or even temporary pauses in breathing while you sleep. These pauses may last from a few seconds up to a few minutes and can occur 30 times or more in an hour. After one of these pauses, normal breathing typically resumes with a loud snort or choking sound.

Obstructive sleep apnea (OSA) – causes your airway to collapse or become blocked during sleep. Normal breathing starts again with a snort or choking sound. People with sleep apnea often snore loudly. When breathing is interrupted, your body reacts by increasing your heart rate in order to keep proper oxygen levels. Over time, this may cause other changes to your body and lead to poor breathing and increased carbon dioxide levels. This will also increase your risk of issues like high blood pressure, heart disease, and stroke.

However, not everyone who snores has sleep apnea. You are more at risk for sleep apnea if you are overweight, male, or have a family history or small airways. Children with enlarged tonsils or adenoids may also get it.

The most common symptom of sleep apnea is snoring. But, just because you snore does not mean you have sleep apnea. Snoring is a sign of sleep apnea, followed by silent breathing pauses and choking or gasping sounds.

Common symptoms of sleep apnea include:

Treatment for sleep apnea (Sleep apnoea) has come a long way in recent times, so even if you were unhappy with sleep apnea treatment in the past, you may now find something that works for you

*Medications are only available to treat the sleepiness associated with sleep apnea, not the sleep apnea itself.

When your sleep is interrupted throughout the night, you can be drowsy during the day. People with sleep apnea are at higher risk for car crashes, work-related accidents, and other medical problems. If you have it, it is important to get treatment. Lifestyle changes, surgery, and CPAP machines can treat sleep apnea in many people.