What Is Sleep Apnea? And How to Recognize Its Symptoms 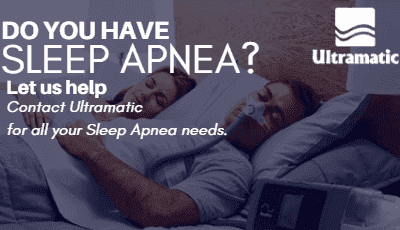 Sleep apnea is a sleep disorder that affects one out of every fifteen people. Sleep apnea happens when a person’s breathing is interrupted while sleeping that can happen many times over the night. Making this condition very dangerous that can lead to oxygen deprivation to the brain and other parts of the body.

1. Obstructive sleep apnea (OSA). The more common type of sleep apnea. This happens when a complete or partial obstruction of the upper airway passage is blocked by collapsed soft tissue. Which may lead to repetitive shallow or paused breathing during sleep that can last for about 20 to 40 seconds. OSA is commonly followed by snoring.

OSA is believed to be caused by old age, brain injury (temporary or permanent), decreased muscle tone. Increased in the soft tissue around the airway due to obesity, naturally narrow airways, asthma, or family history of sleep apnea.

2. Central sleep apnea (CSA). This form of sleep apnea occurs in which breathing repeatedly stops and starts during sleep. This is because the brain is not able to signal the right muscles to breathe. CPAP machines are not designed for people who are diagnosed with central sleep apnea.

Central sleep apnea is commonly associated with congestive heart failure or stroke. Drug-induced apnea, high-altitude periodic breathing. Males are more likely to develop this kind of sleep apnea especially adults older than age 65.  People with heart disorders, stroke, or brain tumor. These conditions cause impairments in the brain’s capacity to manage to breathe. Some people who are diagnosed with OSA develops CSA while using CPAP and this condition is the complex sleep apnea. This condition is a combination of obstructive and central sleep apneas.

The effect of sleep apnea ranges from non-bothersome behaviors to potentially fatal ones.  The constant lack of supply of oxygen to the brain caused by sleep apnea can lead to high blood pressure. Heart problems, depression, diabetes, and more.  A study shows that people with untreated sleep apnea are more likely to have a stroke. And because the brain is not receiving enough oxygen, this can cause fatigue during the day. Sleep apnea is a serious medical condition and the best way is to seek treatment immediately.  Recognizing the symptoms will safeguard you and your loved ones.