Many health problems can affect the quality of sleep we get. An adjustable bed can alleviate many different ailments from lower back pain to gastric acid reflux — by allowing a wide variety of sleeping positions for comfort and relief.

The massage feature on some adjustable beds can also help relieve problems like back aches, stress tension and muscular fatigue. 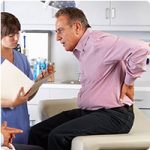 Studies show that upper or lower back pain affects over 70% of adults at some point in their lives.

Certain problems, like a herniated or ruptured disk, can be relieved by surgery. But most back pain can be treated non-surgically.

Many doctors advise elevating the legs or upper body while sleeping to help relieve pain in the upper or lower back. Discuss this with your doctor, and if he or she recommends an adjustable bed, you should seriously consider an Ultramatic Adjustable Bed. 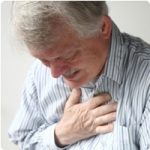 These condition can be congenital or develop later in life. Part of the stomach slides above the diaphragm allowing stomach acid to flow back into the esophagus.

Symptoms include heartburn or trouble swallowing. Surgery may be needed, however elevating the head of your bed to keep your esophagus higher than your stomach may offer relief. Consult your doctor about this condition.

An Ultramatic Adjustable Bed, with built-in therapeutic massage system can help you have a good night’s sleep in spite of suffering with the health problems listed below.

As well as general health or physical problems there are a number of sleep specific conditions that may disrupt your sleep. We’ve outlined the most common ones below. 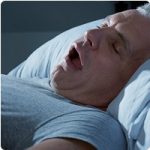 This is a serious condition where your breathing is interrupted briefly while sleeping. Sleep Apnea may be linked to high blood pressure, heart attack, stroke or irregular heartbeat.

There are two types, central and obstructive. Central is less common and occurs when the brain fails to signal the breathing muscles to begin taking breaths. Obstructive occurs when air can’t flow in or out of the mouth or nose even though efforts to breathe continue.

People with sleep apnea may experience 20 to 60 breathing pauses each hour during the night. Snoring usually accompanies Sleep Apnea, although not all snorers have it. Symptoms include early morning headaches and daytime sleepiness. Consult your doctor or a sleep specialist for more information. 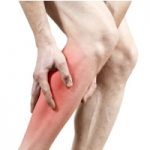 Known as RLS, this condition is experienced as an urge to move your legs during sleep. You may also experience other uncomfortable feelings described as creeping or crawling and cramping, burning or tingling. If you suffer with RLS you’ll feel an urgent need to move your legs to relieve the discomfort and pain.

Around 2% to 5% of us experience RLS in varying intensity. Not much is known about the cause although some cases are associated with nerve damage in the legs caused by diabetes, kidney problems or alcoholism. RLS is also sometimes a side effect of a pinched sciatic nerve root.

Disturbed sleep is common with RLS. It can make it difficult to fall asleep or get back to sleep if it wakes you up. 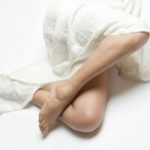 Similar to restless leg syndrome, PLMS is characterised by leg (and sometimes arm) jerking during sleep. The movements interrupt sleep continually through the night. Although they’re so brief the sleeper may not notice them often their partner may.
Unlike RLS, PLMS is not uncomfortable for the sufferer. However, it may cause excessive daytime tiredness. The cause is not known, but PLMS can be treated with drugs. 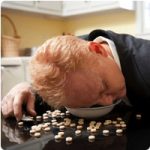 This is a chronic neurological disorder where the sufferer experiences extreme drowsiness followed by a brief nap or sleep attack. These episodes can happen at inappropriate times such as during dinner or whilst driving.

Narcolepsy affects about one in every 2,000 people. Symptoms usually emerge between 15 and 30 years of age. Recent research shows that people with narcolepsy lack a chemical in the brain called hypocretin which normally stimulates arousal and helps regulate sleep. This disorder can be treated effectively with medication. 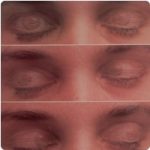 This condition or disorder is characterised by people moving, often violently, whilst dreaming as they physically enact their dreams. Medical help is often sought after injury to either the person with the disorder or the person they share a bed with.

This movement happens during the REM (Rapid Eye Movement) sleep phase usually around 90 minutes after the onset of sleep. Violent episodes may happen once a week — but can occur as frequently as four times per night for several nights in a row. Victims often recall their dreams vividly.

RBD is most common in older men and usually responds to medication. There is also an acute, transient form of this disorder that sometimes goes along with withdrawal from alcohol or sedatives.

Sleepwalking, sleep talking, sleep terrors and jet lag are other disorders that you may need to discuss with your doctor or a sleep specialist.

How an Adjustable Bed helps you sleep better

The Better Sleep Council says, “Sleep is essential to our total well-being. It helps us feel healthier, think sharper and enjoy life more fully.” Your bed can make all the difference in the world. The best sleeping position is lying on your back with your knees slightly elevated. The slight curve most of us have in our spines when sleeping combined with our body weight puts pressure on our lower backs unless we raise our knees.

By elevating your knees you release pressure on your lower spine and improve circulation to your legs. Doctors recommend people sleeping on flat beds raise their knees with pillows to release lower spine pressure but, who can keep pillows in place all night?
Avoid sleeping on your stomach. Rotating your head from one side to the other all night, to avoid sleeping with you face buried in your pillow, often leaves you with a stiff neck in the morning.

Sleeping on your side with your knees drawn up relieves pressure on your spine. But, now putting all your weight on one side creates pressure points that cut off circulation. This can cause you to toss and turn from one side to the other up to 60 times a night.

Here’s why adjustable beds are better than flat beds, water beds or air beds: Instead of adjusting your body all night long they let you adjust your bed at the touch of a button. Adjustable beds allow you to move into hundreds of relaxing, comfortable positions without creating pressure or straining your body.

Flat beds can’t elevate leading to the problems you’ve just read about. Water beds can’t elevate or give your spine enough support. Air beds don’t elevate and they don’t give you consistent firmness. Only an adjustable bed gives you unlimited elevations for both your upper and lower body.

With all our Ultramatic beds we also give you a high quality reversible mattress (meaning one side is firmer than the other). Choosing Ultramatic gives you elevation and choice of mattress firmness all in one great bed.

There's no substitute for adjustability!

Ultramatic adds Luxurious Mattresses, Dual Massage, a 90-Day In-Home Trial and a Lifetime Warranty. That’s a winning combination no matter how you look at it.

WHY YOU CAN’T SLEEP

Why you can't sleep

There are many different reasons people can’t sleep. But here are the most common ones.

Common conditions like neck and back pain, swelling or poor circulation to the legs or restless leg syndrome can all make it difficult to get a good night’s sleep. Hiatal hernias, acid reflux, asthma, arthritis or rheumatism pain may also prevent you from sleeping well. Stress, tension and fatigue can also disrupt your sleep.

When you sleep in a bed where the upper and lower sections of the bed are put in exactly the most pain-free, comfortable position many of these problems can be relieved. Adding a massage feature can help you sleep even more easily.

Insomnia means the inability to get to fall asleep. It’s estimated that one in three adults do not get a good night’s sleep on any given night. Insomnia is often to blame.

Transient
This is when you can’t fall asleep the night before a big event like a wedding or job interview. This is the most common form of insomnia.
Short-term
Typically develops at a stressful time like a serious family illness or being retrenched from your job. May last for several weeks.
Long-term or chronic
People unlucky enough to suffer from chronic insomnia can experience problems for months or even years. Sometimes insomnia begins in childhood and can create a vicious cycle where the more you worry about sleeping, the more you stay awake.There are effective treatments for most types of insomnia. See your doctor or a sleep specialist for advice and help.

Contrary to popular belief, firm mattresses are not always best for your back. Although doctors have traditionally recommended hard beds for people with chronic lower back pain, a new study found people who slept on a medium firm mattress were twice as likely to experience relief as those using a firm mattress.

Your immediate location and atmosphere where you sleep affects your sleep quality too. Here are some tips for creating the best environment for sleep:

Your recliner and sleeping better

People love recliners for reading, watching TV or just taking a nap. Raising your knees takes the pressure off your lower spine and is often the reason people love their recliners so much.

Do you fall asleep in your recliner at night then have to get up and get into a flat bed for another bad night’s sleep? Why not get all the benefits you love about your recliner in your bed too?

An Ultramatic adjustable bed is much more comfortable than a recliner and you can enjoy it any time of the day or night. Our beds also feature pulsating dual wave therapeutic massage. You’ll love it.